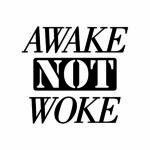 Title IX of the Education Amendments of 1972 was intended to ensure that female sports/activities received fair, adequate, and ample funding.  50 years later, woke companies, like ESPN, celebrate 50 years of Title IX (with its Fifty/50 campaign celebrating Title IX), while simultaneously “equitably” eviscerating women’s sports by celebrating biological males who participate in women’s sports. The ESPNs of the world only touch on the surface issue with the woke attack on women’s sports. Not surprisingly, the Biden administration is attempting to annihilate Title IX in the name of equity by “ensuring that schools have grievance procedures that provide for the fair, prompt, and equitable resolution of reports of sexual harassment and other sex discrimination; and to addressing discrimination based on sex, including sexual orientation and gender identity, in educational environments.” To achieve its ideation of “equity,” the administration will “propose amendments to its regulations implementing Title IX to address these issues.”  As is the case with most Biden administration policies, this “update” seeks to protect the few while ignoring the many.

This issue is prominently on display with Lia Thomas, a male with gender dysphoria swimming, and dominating, female competitions.  If Thomas were a single case, the issue would not likely garner any attention, but the issue has trickled down to Washington high school and club level sports.  Look to Washington Interscholastic Activities Association (“WIAA”) Policy 18.15, which provides that “All students should have the opportunity to participate in WIAA activities in a manner that is consistent with their gender identity, irrespective of the gender listed on a student’s records.”  More importantly, private clubs, like the Greater Seattle Summer Swim League, is in the process of adopting its version of the WIAA policy–the trickledown effect is already occurring.

Problematically, these policies promote an inherently unfair situation where biological males dominate women’s sports, leading to an unfair situation in women’s sports.  This inherent unfairness was a determining factor in the international swimming regulatory body, Fédération Internationale de Natation (“FINA”), adopting its policy that limits male-to-female transgender athletes to participate in FINA competitions insofar as these individuals have “not experienced any part of male puberty beyond Tanner Stage 2 or before age 12, whichever is later.” FINA provides an application process to ensure that the athletes are met on a fair, not an equitable, stage.  FINA’s Policy was adopted through scientific study, using its Science Group, which “reported that biological sex is a key determinant of athletic performance, with males outperforming females in sports (including Aquatics sports) that are primarily determined by neuromuscular, cardiovascular, and respiratory function, and anthropometrics including body and limb size.”  While the policy promotes fairness in competition, it opens the door to forcing minors into making life altering decisions prior to the age of 12, risking potential significant collateral damage.