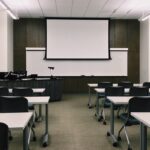 As the Supreme Court of the United States (SCOTUS) prepares its 2023 session for deliberations, many cases on the docket, including “Affirmative Action” will have their day in front of the high court.  The highlighted case, Students for Fair Admissions Inc v. President and Fellows of Harvard College will no doubt be watched with concerning eyes.

For years, many colleges and universities have adopted admissions policies that tend to favor groups or individuals, based on a prejudicial process that picks and chooses applicants according to the admission panels preferred ethnicities.  As expected, this process discriminates against the non-preferred groups.  In 2018, the New York Times wrote, “though these Asian-American applicants scored higher than other groups on test scores and traditional application materials, they were consistently rated lower on traits like likability, courage and being widely respected.”

This specific case before the court alleges that Harvard admissions processes discriminated against Asian-American and Pacific Islander applicants; and in doing so, has violated the civil liberties granted to all American citizens under the constitution.  While Harvard denies these claims, the scoring sheets used to evaluate potential students tell a different story.  It’s apparent that students of certain ethnicities were favored based on an arbitrary and insular process.

Harvard has called the case “politically motivated” and believes that colleges and universities should have the autonomy to have the “freedom and flexibility” to create their version of a diverse campus.  This sounds ominously like an admission of guilt.

States like Washington and California have passed affirmative action laws in the past, only to have them overturned by voters at the ballot box.  Additionally, court cases across the country have ruled in favor of student plaintiffs claiming a discriminatory process in schools where racial admission policies were used against them.  Most schools end up settling out of court.  Last year, U.S. Secretary of Education Miguel Cardona stated, “I believe students should have an opportunity to apply and get into colleges based on their own merit.”

For the most part, Americans agree that discrimination of any kind is repugnant; especially in taxpayer funded institutions.  To allow a school’s admissions team to have carte blanche to determine their version of fairness or diversity, creates a structurally bigoted foundation in our nation’s educational institutions.

I’m quite sure this SCOTUS will understand the constitutionality of the current prejudiced practices of many universities and colleges.  If prior rulings from 2022 are any indication, they will undoubtably move the needle back towards America’s founding documents as our process demands.

Currently, America sits on the precipice of one of its most expansive high-tech revolutions; and must have the best and brightest leading the charge into the future.  The implications of falling behind would be catastrophic for generations to come.

We must get back to teaching our young people that good old-fashioned competition is healthy and necessary if you want to succeed in this life.  This is how America has retained its world dominance for centuries.  Finishing ninth does not warrant a trophy anymore; and we can now see how detrimental peddling mediocrity is to the advancement of a culture.

Martin Luther King Jr stated, “I have a dream that my four little children will one day live in a nation where they will not be judged by the color of their skin but by the content of their character.”  MLK’s message has been quoted countless times since it was first spoken and provides insight into his prayerful constitutional amendment on equality.

No matter what your viewpoint on higher education admission practices, all policies born from bigoted principles will manifest into far-reaching discriminatory practices.

Thank you and God bless you