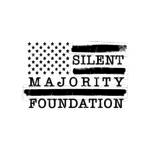 Many of us have warned of the rise of socialism/Marxism in America.  Something that seemed incomprehensible or unfathomable a few years ago, is making its big push here in the good old US of A.  The plan to usurp America’s free society was hatched many years ago; and was simply waiting in the weeds for the match to be lit.   With the collaboration of corporate America, big tech, and academia the plan has come full circle.  Simply add corrupted elected leaders to the mix and the recipe is essentially complete.  It’s like pouring hot coals on dry grass.

In the 1930s Adolf Hitler seized power in Germany as the leader of the National Socialist Workers Party.  Some may scoff at using Hitler as an example, but the components are strikingly similar.  Hitler initially didn’t control the spread of information via government censorship, but rather through his brigades of street thugs “the brown shirts”, who would intimidate and physically abuse and prevent opponents from speaking publicly.  Sound familiar?  This tactic parallels the efforts of groups like “ANTIFA” and BLM with help from the more than willing media (don’t worry, they’re peaceful protesters). The use of corporate America to facilitate the message by means of identity politics or cancel culture has allowed them to become a financial stakeholder and profiteer in this technocratic takeover.

Corporate America now relies heavily on its executives to implement its agenda voluntarily, but also through intimidation by online brigades of activists and journalists who take the initiative to launch negative PR campaigns and boycotts to advance their societal structure.  Just look at “My Pillow” CEO Mike Lindell.  Lindell was an avid Trump supporter and outspoken conservative business owner.  Despite having a great product and being incredibly successful, Bed Bath and Beyond and Kohls dept stores decided to discontinue carrying his products, even though it is financially beneficial to both parties; his political view is the wrong color.

Since 01/25/21, Twitter has permanently suspended his personal and business accounts.   See how that works?  Get down on your knees or be doxed and cancelled!  If that doesn’t work, rioters and looters will come and pick through your bones at some point.  Lindell is not the first and won’t be the last.  This alarming trend is encouraged and rewarded, mostly in the big government blue states, where they have carte blanche to abuse others.  In the world of the oppressive regime, independent or dissenting opinion cannot exist. Lindell’s only crime is being a successful conservative that found success without government handouts or programs.  He must go!

While there are no laws targeting dissenters specifically, it seems apparent that selective political voices are being targeted for obliteration, through the utilization of corporate and social warfare.  The modern day “tech brown shirts” suppress speech through de-platforming or embedding searches into oblivion.  Companies like Facebook and Twitter have virtual immunity to suppress speech with little or no repercussions.  They deploy thousands of censorship bullies and use terms like, “fact checkers”, “false or partial information” to discredit or dispute anything that doesn’t align with their ideology.

We are witnessing unprecedented constitutional abuses on a national scale.  Recently the ACLU and the Electronic Freedom Foundation have condemned the recent conduct of these tech giants and stated, “they won’t stop there.”

American society has always been deeply ambivalent about questions of free speech. On the one hand, our history is filled with examples of overt government censorship, from the 1873 Comstock Law to the 1996 Communications Decency act.  On the other hand, the commitment to freedom of imagination and expression is deeply embedded in our national psyche, buttressed by the First Amendment, and supported by a long line of Supreme Court decisions.  The ACLU is correct in its assertion that “they won’t stop there.”  Time for everyone to stand up to oppression on every level.  I assure you, one day it will be your turn in the autocratic vat.

Thanks, and God bless…. Vincent